At that time, 29 years ago, an exhaustive search and investigation was undertaken by then Sheriff Tom Tolman and members of the Sheriff’s Office with assistance from other state and federal agencies. That investigation did not succeed in finding Kevin or even determining the exact nature of his disappearance. This case has continued to haunt the Ayotte family, retired law enforcement officials involved in the investigation and active members who have come on the Sheriff’s Office since.

A few weeks ago, Beltrami County Sheriff’s Investigator Scott Hinners reexamined the Kevin Jay Ayotte Missing Person case from 1982 and began running names from the case file through investigative databases. During this search, the investigator located an individual in Michigan using the same name, date of birth and Social Security number assigned to the missing Kevin Jay Ayotte from Beltrami County. Additional assistance was sought by Hinners from the National Center for Missing and Exploited Children in Alexandria, Va. As Hinners continued his investigation he learned that Kevin’s mother and father also were living in Michigan in a town in the same region as the person using Kevin Jay Ayotte’s name. Last week, Hinners, accompanied by a special agent from the Minnesota Bureau of Criminal Apprehension, travelled to Michigan and began searching for the subject. With the help of local Michigan authorities, Beltrami County investigators located an individual who had stolen and assumed the identity of Kevin Jay Ayotte and used this new identity for financial purposes.

As it turned out, this suspect was known to local authorities in Michigan. The suspect was interviewed by law enforcement authorities and admitted to the identity theft. The identity theft investigation was left in the hands of Michigan authorities and remains under investigation. Beltrami investigators returned to Bemidji after they made contact with Kevin Ayotte’s parents in Michigan to discuss these developments in the case. Investigators determined it was a coincidence that Kevin’s parents were living in such close proximity to the suspect in the case. This Missing Person Case remains open and under investigation with ongoing assistance from the Minnesota Bureau of Criminal Apprehension and the National Center for Missing and Exploited Children.

As awful as the wait has been for the family of Jacob Wetterling, two other Minnesota families, including one from Rochester, have been waiting for years for the return of missing children. More than five years have passed since 15-year-old Cheryl Ann Peters of Rochester was spotted at a truck stop in Albert Lea, while seven years have passed since 3-year-old Kevin Ayotte disappeared from the log house where he lived in Beltrami County. Cheryl Ann, a small, nearsighted girl, left her home in Rochester with a bag of clothes and a little bit of cash on May 21, 1984. She hitched a ride to the East Side Truck Stop in Albert Lea, 60 miles away, where she was seen for the last time.
It was thought that she might be in the Windom area, where her family had previously lived, but she was never located there. ``Nothing since,'' said Dave Sackett, a Rochester police detective who has been assigned to the case for five years. ``Like any of these cases, the more time that goes by, the more you have to wonder if she's alive. She definitely could have been abducted, but we're not even sure of that.'' Cheryl was among the missing children whose photos were shown following a 1985 television rebroadcast of ``Adam,'' the movie about a 6-year-old boy who disappeared in 1981 and was later found murdered. Cheryl Ann's family no longer discuss her case publicly. ``We haven't heard a thing after all these years,'' said her stepfather, Tom Day. ``You never just forget, though.'' Kevin's mother could not be reached by telephone. 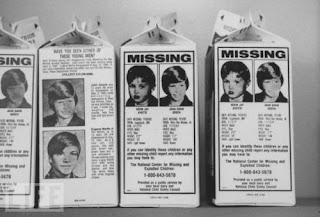 Authorities say that while dozens of Minnesota children are listed by police as runaways or victims of a parental kidnapping, the cases of Jacob, Kevin and Cheryl Ann appear to be the only ones in which investigators believe a stranger could have been the abductor. However, authorities are not even certain that either Kevin or Cheryl Ann was abducted. But in each case, a child is gone, and parents do not know whether that child is alive or dead. ``In a case like this, there's a kind of haunting emptiness for a parent,'' said Bill Cross, a sergeant in the Beltrami County Sheriff's Department, who has been assigned to Kevin Ayotte's disappearance from the start. ``You just don't know. You're looking at a 50 percent chance he's dead, a 50 percent chance he's alive. Most parents would like to know at least that.'' Kevin, a round-faced, sandy-haired little boy, had been known to wander away from home, often with his spaniel puppy, Flash. But he always wandered back, until the afternoon of Sept. 30, 1982. His mother had been away, and when she returned home that day, he was gone from the bedroom where he had been playing. The countryside near the home was wooded and boggy, winter was coming on and fears for the boy's safety were compounded by the fact that he had speech and hearing defects. Hundreds of volunteers and local law enforcement officers combed the wood lots and swamps northeast of Bemidji, but the search was called off after nine days.

Meanwhile, investigators continue whittling a long list of suspects in the Oct. 22 Wetterling abduction as deer hunters were asked to remain alert for any sign of the missing boy during the weekend opening for the firearms deer season. The 33 members of the Richmond Lions Club near St. Cloud said they were offering a $100,000 reward for Jacob's safe return before Nov. 15, the close of the firearms deer season. A $25,000 reward posted in St. Joseph also remains in effect. ``Instead of just looking for deer, look for Jacob,'' Ken Spohn, a member of the Lions Club, urged hunters. The boy was kidnapped by a masked, armed man on a rural road near St. Joseph as he returned home from a nearby convenience store with his brother and a friend. Investigators said Friday they have compiled 3,490 leads about suspicious people or vehicles and have eliminated at least 150 potential suspects. There are differences between the earlier cases and Jacob's: Jacob was grabbed by a man in plain sight of his brother and a friend; publicity surrounding Jacob's case has been more intense and widespread than it ever was in the earlier cases, and authorities still express hope that they have leads to investigate and suspects to question in Jacob's case, something the authorities never had in the earlier cases. Nationwide, only 2 percent of the 23,899 children recorded as missing during the past five years were believed to have been taken by a stranger, according to the National Center for Missing and Exploited Children.

What happened to Kevin Ayotte? It's a question that has haunted his family and law enforcement in northern Minnesota for almost 35 years. Kevin was only 3 years old when he and the family dog disappeared from their home outside Bemidji. The dog came back, but the little boy was never found. You need to visit the Beltrami County Sheriff's Office and talk to Investigator Joe Kleszyk to find out what happened to 3 –year-old Kevin Ayotte. "On September 30, 1982, Kevin disappeared,” said Kleszyk. The sheriff's office has a case file on Kevin that contains thousands of items that go back almost 35 years. "I think about Kevin a lot,” says Kleszyk. “I wonder where he's at. I wonder what's happened to him because it's a mystery. It's truly unexplainable to law enforcement what happened to him. “To learn more about Kevin's Ayotte's disappearance we stopped by the A.C. Clark Library at Bemidji State. There are old editions of the Bemidji Pioneer newspaper on microfilm.
The search was big news in Bemidji, and it would make headlines for more than a week. Kevin was a non-verbal little boy. He lived with his mom and two older brothers about 18 miles east of Bemidji. Kevin Ayotte was 3 and a half years old. He was a little boy from the East side of Sugarbush Township,” said Kleszyk. It's a rural area, a safe place with lots of woods. But there are bogs, a river and a lake nearby. Nobody noticed Kevin leave the house. “It wasn't out of the norm,” said Kleszyk. “Kevin had walked away several times, wondered around the property and he usually was found pretty quickly. The dog was gone as well. “Newspaper reports show the search expanded quickly. “The next morning there was a massive ground search done for Kevin," said Kleszyk. The community came together. Five hundred people showed up to help. “The sheriff's office had help from the Minnesota State Patrol,” said Kleszyk. “They had a helicopter and fixed wing airplane in the air. Deputies were in canoes in the rivers nearby. “The FBI and BCA were involved. They interviewed neighbors and talked to known sex offenders. But nothing. Then Kleszyk says there was a ray of hope. “On Oct. 5, the dog showed back up,” said Kleszyk. “But no Kevin, just the dog. “The Ayotte family's Springer Spaniel puppy named Flash came home. The dog's coat was carefully combed looking for clues about where it had been. Kleszyk says veterinarians also pumped its stomach. “They were able to determine that the only thing it had eaten in the last few days was swamp grass," said Kleszyk. Articles in the Pioneer show that police then put a tracking collar on the dog. They took it to different places and released it hoping it would go to Kevin, but it ran home every time. The family, police and searchers grew frustrated. After nine days, there was no sign of him.
Years passed. Tips came in that took investigators from the Beltrami County Sheriff’s Office from coast to coast. Kevin's picture was seen on milk cartons. The National Center for Missing and Exploited Children created several age progression pictures showing what he might look like as an older boy, a teen, a young man and now as an adult.5 Eyewitness News talked with Kevin’s mom JoAnne on the phone. She now lives in Michigan. “I walk by his picture on the wall every day and I wonder what happened to him?,” said Joanne. She believes her son was abducted. We offered to visit her but she politely declined an interview. She says it's still too painful to talk about. “It’s been 35 years since Kevin disappeared,” said Kleszyk. “And that's 35 years where that family doesn't know where their boy is. 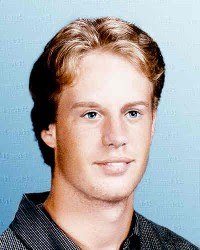 There's no clear answer what happened to Kevin Ayotte. "As Kleszyk scrolls through Kevin’s case file on the computer screen in his office he asks that we make one thing very clear. "We want people to know these cases are never forgotten,” said Kleszyk. “They're never cold, they're never closed. We've always had an investigator assigned to them. We always will until we find Kevin. "If you have any information on what happened to Kevin Ayotte, please call the National Center for Missing and Exploited Children at 1-800-THE-LOST.You find more information on the organization’s website. You can reach Investigator Joe Kleszyk with the Beltrami County Sheriff's Office by calling 218-333-9111.