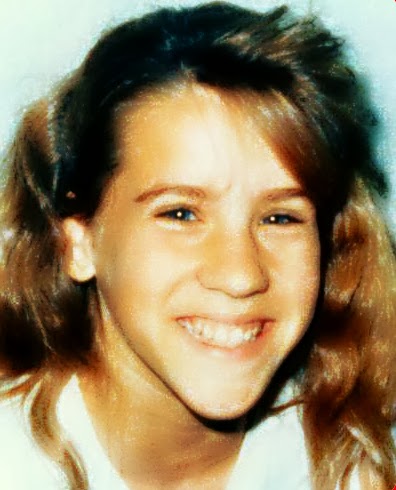 Amy's Story: Amy was last seen by her father when they stopped at a Holiday Inn gasoline station in Osseo, MN at 4:30 P.M. They lived in Maple Grove, MN but were visiting a family farm. He father briefly went inside to use the restroom and when he came back, she vanished from the parked vehicle. It was initially thought at first that she was a runaway, but the theory has been dismissed.
Amy's thought to have had a seizure while her father was gone. It is thought that she may have been disoriented and walked away afterwards, but it is not probable. There was a possible sighting of her in July 2002 in Bay City, MI. However, the lead was a dead end. Her family has kept the same number in case she attempts to call them. Her case remains cold and unsolved. To report tips, go to www.missingkids.com. You may also call the Maple Grove Police Dept. at 612-494-6114.

Notes: Amy suffers from occasional seizures for unknown reasons. She has occasional bouts of anger. It is mandatory that she takes her allergy medication. Amy is a Caucasian female with brown hair and blue eyes. She has scars on her left cheek and also the side of her nose and left eyelid. She has a circular scar on her left knee. He ears are pierced and she has a petite stature. Amy's clothing consisted of sweatpants, a light colored shirt and tennis shoes.
Source: www.charleyproject.org 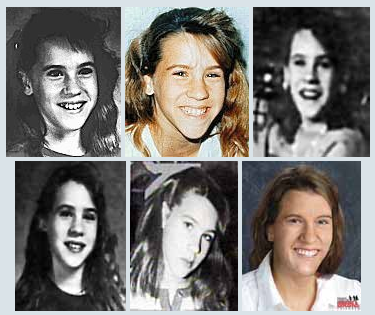 On August 5, 1989 13 year old Amy Pagnac was last seen by her non-biological father when they stopped at a Holiday gasoline station in Osseo, MN at 4:30 P.M. They lived in Maple Grove, MN but were visiting a family farm up north, and were on their way home. Her stepfather briefly went inside to use the restroom and when he came back, she vanished from the parked vehicle. It was initially thought at first that she was a runaway, but the theory has been dismissed. Amy is thought to have had a seizure while her father was gone. It is also thought that she may have been disoriented and walked away afterwards, but it is not probable. There was a possible sighting of her in July 2002 in Bay City, MI. However, the lead was a dead end. The family of Amy believes that she was abducted. There were multiple sightings of her in Minneapolis, MN following the days after her disappearance in August. The sightings also continue to show up in neighboring states. Her family has kept the same number in case she attempts to call them.

The good thing is, her case is not closed. The Maple Grove Police have even created a room in their department that is all about her case and are far from giving up. They say they get 6-12 tips concerning Amy's disappearance on the anniversary every year. They are also interested in speaking more to the person(s) who called concerning sightings of Amy is Minneapolis, MN. 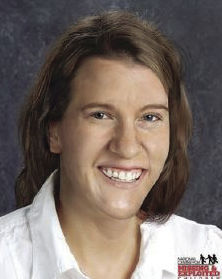 Amy would now be 33 years old. She was last seen as being 5'0" and weighing 100 lbs. She had occasional seizures for reasons unknown and also bouts of anger. She has allergy medication that is mandatory for her to take, making her disappearance more concerning. Amy had long brown hair and blue eyes. She has scars on her left cheek and also the side of her nose and left eyelid. A circular scar is located on her left knee. Amy's ears are pierced and she has a petite stature. The clothing she was last seen in consisted of sweatpants, a light colored shirt and tennis shoes.

VITAL STATISTICS:
Date Of Birth: June 15, 1976
Age at Time of Disappearance: 13 years old
Height and Weight at Time of Disappearance: 5'0; 100 pounds
Distinguishing Characteristics: White female. Light brown hair (Shoulder length at the time of disappearance); blue eyes. She has a petite build.
Marks, Scars: Pagnac has pierced ears. She has scars on her left cheek, left eyelid and on the side of her nose. Pagnac also has a circular-shaped scar on her left knee.
Clothing: Amy was last seen wearing tennis shoes, sweat pants, and a light colored shirt.
Medical Conditions: Pagnac suffers from seizures due to unknown causes. She also takes medication for allergies.
Dentals: Available
DNA: Available 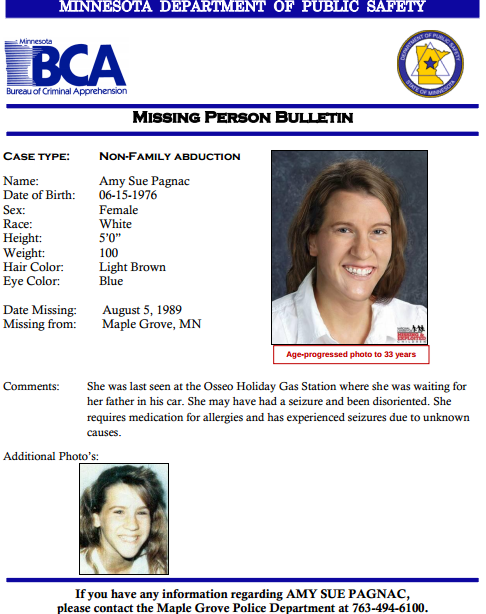 Someone claiming to be an old neighbor on websleuths:
"This case has me intrigued as I lived on that street within a dozen houses away when Amy went missing. I vividly recall that house and the general state of disrepair it was in at that time and it appears from photos and video that the situation has not changed.
I moved out around the end of 1989, I had no knowledge that this girl had gone missing at the time. My daughter who was 9 at the time casually knew the younger girl. I recall telling her strictly that she was forbidden to go into that house after she reported she had been in there.
At the time Amy went missing, my daughter tells me that the inside of the house had no carpeting. She also states that it appeared to be a hoarder situation or close to becoming one.

What disturbs me is this: I remember that as we were preparing to move, the appearance of some heavy landscaping equipment, and also the night digging. This was not 1993. This was 1989. I recall thinking "why are they doing landscape when the house clearly needs to be painted, windows repaired, etc?" Then I pondered the urgency of the night digging, the lights being on on the loaders, etc. Around that time the front landscaping project appeared, the stacked wall containing the birch. And I remember thinking "so they spent all that money on renting equipment and the end result looks shoddy at best?" I must apologize for my judgmental thoughts however it just didn't make any sense to me, to lay out that type of money for a landscape project and to have an amateur at best end result.
My question now is, from the looks of what I can gather, where they dug was behind the garage. Why didn't they dig up that front area with the raised stacked stone work and the birch trees? That and the perimeter landscape was the focus of that landscape project within the next 60 days after her disappearance. The house sat on that lot wide open as you can see from the other homes on that street until Amy disappeared. Then the landscape project ensued. I drove past this house twice a day for at least 4 years, nothing changed until the end.
Also, the brick work on the front of the house. On the far right, next to the lower window, that is the original brick work. The brick on these homes was decorative only. What would necessitate them to tear off 3/4 of the brick, and then replace it with shoddy mismatched brick?
One last question and this has been bothering me. It was pointed out to me that on the step dad's facebook page, he posted a link to an article regarding the Jacob Wetterling case on what appears to be the same day police interviewed the Pagnac's in their home. Just days before the search warrant was issued.
Any insight would be welcome. Thank you"
Additional comments posted by a user believed to be Amy's mother"

"I am Amy's mother. Many of you have had a lot of good questions. Regarding the statement, that Amy "suffered from fits of anger", I have no idea why that statement is there. I have no idea what they meant. Amy has never been violent, or harmed anyone.
Yes there was a witness that saw Amy and her father leaves the farm. A private investigator is the one that found that witness, and provided the information to the police.
This same private investigator found somebody that had known Amy prior to her going missing. This person stated that she had talked to Amy. It was sometime within the 1st 2 weeks of her going missing. This information was also provided to the police.
There was a call to one of missing children organizations, stating they felt that Amy was too young to be with the people she was with. Amy also identified herself as Amy Sue Pagnac. The location of this was at a bus or train station on the West Coast. Amy used almost the exact same statements with both individuals, with regard to why she wasn't at home. This information I was shown to me by the original detective that was on the case.
Amy's case was considered a run-away case for several months. After they decided that it was not a run-away case, the procedures of the investigation were: we invited them into our house to look for anything that they wanted; giving them the keys to the farm for which they searched in 1990; more interrogations of us including the Hennepin County Sheriff department interviewed Amy's father for several hours, they cleared him, the detective showed me their report; verified what we had told them, including the timeline; there are other things, but it is too long and detailed.
After all that, the original detective on Amy's case made it perfectly clear to us that he was certain that Amy was the victim of a nonfamily abduction.
February or March of 1990, 2 different undercover private investigators, from a Nonprofit missing child organization, stated that they spotted Amy in a strip club, in the Midwest. Before they could act to rescue her she was moved to elsewhere. I believe these investigators did see Amy.
Maple Grove Police Department moved to a different building unfortunately, many of the records on Amy's case were lost. Timelines, witnesses, gas receipts etc.
Because of lost records, these 2 individuals need to call the National Center for Missing & Exploited Children and provide them more information about the situation, including the individuals they saw Amy with.
We have made ourselves available almost anytime the police asked, except for when one was in the hospital, etc. We have called many times asking for updates, or if there's anything else we can do, etc. Usually they never get back to us. We have been interviewed by local law enforcement, several times. They complained we don't tell them anything different or new.
Yes Amy's father is a male. Usually men do use the restrooms a lot faster than women; even men that washed their hands well usually are a little bit faster. But you know sometimes one has to do more than urination.
Both Marshall and I are listed as Amy's parents on her birth certificate."
Email ThisBlogThis!Share to TwitterShare to FacebookShare to Pinterest