The night of his disappearance Nathan went to police reserves at the White Bear Lake Police Department. He was considering a career in law enforcement. Later that night, he stopped at the bar Decoy's Bar and Grill for a couple of drinks with old friends, in St. Paul, MN. No one saw him leave, however, his vehicle was located in a ditch at Highway 35 East and Highway 694, near the Vadnais Heights-Little Canada border.
It appeared that Edberg tried to get the car out of the ditch but damaged the wheels. Authorities aren't sure if he was picked up by someone or if he wandered away. It is unclear if he was hurt in the accident. The vehicle was seen, coincidently, hours later by his friends as they were driving by the area. The State Patrol towed it that night. But no one saw Nathan Edberg.
Edberg apparently left his wallet at the bar so he probably wasn't carrying any identification when he vanished. He did not show up for a job he was supposed to start nor a medical appointment. Foul play isn't suspected, but relatives say it would be unusual for Nathan Edberg to take off without notifying his family. No one has accessed his credit card or bank accounts.
Nathan Edberg, who was planning to attend college after taking a year off, was starting to seek treatment for depression. He was depressed following a breakup with his girlfriend, and his parents' pending divorce. He had also lost his job.
Authorities were not told about the disappearance until almost five days after Edberg's truck was found. Nathan was living with a cousin in St. Paul. When his mother didn't hear from him for several days, she and the rest of the family figured he was sad over the pending divorce and simply wanted to be alone.
Vital Statistics:
Date Of Birth: September 17, 1977
Age at Time of Disappearance: 22 years old
Height and Weight at Time of Disappearance: 6'3 - 6'4"; 210-230 lbs.
Distinguishing Characteristics: White male. Brown/black hair; dark brown eyes. Glasses with wire frames (for reading and driving).
Marks, Scars: Pierced ears (left double pierced).
Clothing: White shirt, light or charcoal gray corduroy pants. 2 earrings in left ear.
Dentals: Available.
Medical: Suffers from depression
AKA: Nate
DNA: Available
"Eleven years ago today, Nathan Edberg disappeared after leaving Decoy’s bar at 2143 4th Street in White Bear Lake, Minnesota. According to published reports, no one actually saw him leave the bar, but he is thought to have left around 7:30 p.m. Edberg's empty truck was later located in a ditch at the junction of Hwy 694 and Hwy 35E. Authorities believe Edberg probably went off the road after missing his exit, but the trail stops there. Edberg's truck, found just a couple of miles from his mother's home, yielded no clues. There were no signs of a struggle nearby or any trace of Nathan Edberg. His keys were located inside the locked truck.  Tom Paget of the Ramsey County sheriff's office who managed the case from 2000 to 2007 said, "There's no indication of foul play, anything. He just disappeared. I talked to everybody I could. Everybody was at a loss as to what happened." There has been some speculation that Edberg either committed suicide or simply walked away from his life. According to published reports, Edberg had experienced some upheavals in his life shortly before he disappeared--a lost job, a break-up with his girlfriend of four years, and the divorce of his parents just 6 months earlier. The bartender at Decoy's noted that he seemed less upbeat than usual on the night he disappeared. However, Edberg's mother, Jackie Edberg, said life had been looking up; and he was working to become a member of the police reserve. And if he had simply walked off, she explained to the Pioneer Press (04/13/10), 11 years is a long time for him to go without contacting anyone.

According to the paper, it has also been conjectured that Nathan "hitched a ride with someone after running his car off the road and was abducted" or "wandered away from the ditch and succumbed to the cold, wet April weather," yet the paper points out that with no clues and no body, it is easy to speculate. Answers are clearly what is needed. It has been difficult for the Jackie Edberg to go so long without knowing what happened to her eldest son. "In the beginning, I thought, a month, two months, we'll learn," Jackie Edberg told the Pioneer Press. "But I just never imagined 11 years...we've never had anything remotely close to closure." Without any answers, Nathan's mother can't help but hold onto hope of seeing her son again. According to the Press, Jackie Edberg, "still lives in her Vadnais Heights home so he'll know where to come home to, and she plans on always having the same home phone number she had when Edberg disappeared. 'When people ask how many children I have, I tell them four, but I don't know where my oldest one is,' Jackie Edberg said.' At this point, I really think I may die without ever knowing what happened to my son," she said.
If you have information that could help the Edberg family get some answers, please call the Ramsey County sheriff's office at 651-266-7320." 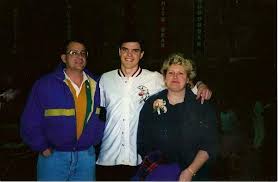 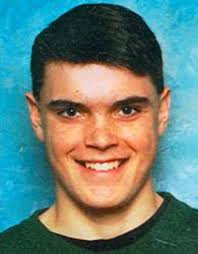 Jackie Edberg of St. Odilia in Shoreview will never forget April 14, 1999. That was the day she last saw her son, Nathan, who was 21 at the time. He ate dinner at her house, then left for police reserve training at White Bear Lake City Hall. She never saw him again. His truck was found abandoned on the shoulder of Interstate 694 where it is joined by 35E. There were a few footprints heading east from the scene, but nothing more. Edberg and her three remaining children have spent the last 10 years wondering whether to mourn his death or hold out hope that he is alive somewhere. This year marks the 10th anniversary of his disappearance. A prayer service will be held at 7 p.m. April 14 at St. Odilia. St. Odilia liturgical coordinator Mari Meyer has been working closely with Edberg on the service, and said the event, while focusing on Nathan, is for anyone who has loved ones missing or wants to pray for families dealing with the issue. “We want people, in honor of Nathan, to pray for all missing children,” Meyer said. “The message that Jackie clearly wants to convey is our hope is in Christ.”

Surrendering to God
For Edberg, the last 10 years have been a journey of deepening her faith as she continues to hope for Nathan’s reappearance, while at the same time, resigning herself to the reality that she may never see him again. “I do think Nathan’s disappearance has given me a stronger relationship with God,” she said. “When I surrendered it to God, it became easier to live with.” Though a cloud of mystery hangs over the whole incident, one thing is clear — Nathan was a troubled young man the night he pulled out of his mother’s driveway in his white Ford Ranger pickup truck. First, there was his father, Bob, who 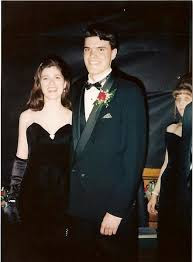 had let his life spiral downward due to alcoholism. The effects of this led to his separation from Jackie in 1997. They were separated when Nathan disappeared, although Nathan was talking regularly to Bob at the time. The couple divorced in 2000, however, and Bob died in 2001. Then, there were career and employment issues. Nathan tried college for a year after graduating from White Bear Lake High School in 1996, then worked a series of jobs before quitting the last one the month before he disappeared. Finally, there was the breakup with his girlfriend. They had dated for four years before the relationship ended. “Every area of his life was falling apart,” Jackie said. “There was just an awful lot of pain in Nathan’s life in coming to terms with what was happening.” That is why she followed him into the driveway after dinner the night he disappeared. She wanted to leave him with an encouraging word. “I remember saying, ‘Nathan, hang in there. You’re going to feel good again soon,’” she said. “And, he said, ‘I love you, Mom. I want to feel good again.’”

Getting the word out 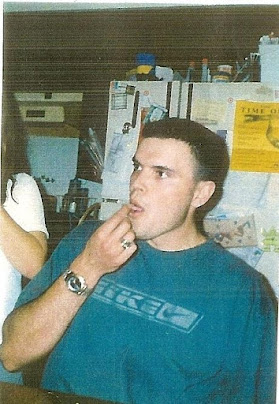 It was several days later before Jackie started to worry. Nathan was living with his cousin at the time and Jackie checked in with him a few days later and left a message for her son. The day after that, she filed a missing person report. Then, she was planning to try to get media coverage that would hopefully lead to finding her son. A major news story, however, changed her plans. “Six days after Nathan’s disappearance, the Columbine shootings happened,” she said. “I just wasn’t going to get any local coverage of one missing kid after those shootings.” Still she persisted, contacting local newspapers and TV stations, then moving to national outlets like “Oprah” and “America’s Most Wanted.” But nobody picked up the story, perhaps because there was no evidence of foul play. That fact gives Edberg hope that maybe her son is still alive. Yet, she says it’s not like him to just leave everyone he knows behind without a trace or an explanation. As many challenges as he faced, he still cared deeply about his family, she said. The family has tried hard to move forward without Nathan. In the days and week’s following his disappearance, Edberg realized that how she dealt with it would have a heavy impact on her children — Tony, now 28, Jennaya, 24, and Allison, 18. She did not want them to grow older looking back on April 14, 1999 as the day their mother stopped laughing and enjoying life. “I think you choose to be happy or you choose to be miserable [after a tragedy like this], but you work at both,” she said. “For my life, I’ve chosen to find happiness. We’re closer as a family.” Edberg wants the prayer service to evoke more hope than sorrow. “I would like to see it as a comfort and a support,” she said. “with a message that God’s in charge. That’s where we should all have hope.” And, she hopes the prayer service will deliver a message to family and friends of Nathan that she repeats often: “Every­thing works for the glory of God for those who believe.”