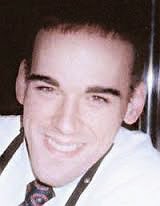 Urciuoli was employed as a server at the Dutchess Diner in Poughkeepsie, New York in 2001. He was last seen by his parents at his family's residence near the Galleria Mall on January 24, 2001. Urciuoli received a page from an unknown person and told his parents he was going to play pool with a friend at approximately 11:30 p.m. He has never been heard from again. Authorities were unable to trace the page Urciuoli received the night he vanished.

He occasionally played pool at Shark's in Fishkill, New York, but no one recalled seeing him at the establishment that night. Urciuoli's vehicle was discovered abandoned on January 26 at approximately 12:45 a.m. His uncle located the car at Spratt Park on Wilbur Boulevard. Urciuoli's wallet was inside the vehicle, which was locked. There was no sign of a struggle at the scene. Investigators stated that it appeared as if Urciuoli parked his car and departed with someone, but there is no evidence to suggest the theory is correct. Urciuoli often worked additional shifts at the restaurant and is regarded as an outstanding employee. His family members said that it is very uncharacteristic of him to leave without warning. Authorities are not certain if Urciuoli left of his own accord or if other factors were involved in his disappearance.

As they held hands in a circle next to the spot where Anthony’s car was found, Monsignor James Sullivan of St. Martin de Porres Church appealed to St. Anthony, patron saint of the lost, for aid in the search. “Oh gentle and loving St. Anthony, whose heart was ever full of human sympathy, intercede for us and for Tony’s family, and bring our petitions to the throne of God,” he said. “Help those who are searching to find the answer to their search.” The search, now in its 10th year, has yielded little relief for the Urciuoli family. “It’s been 10 years,” Anthony Urciuoli Sr. said. “Not 10 days, not 10 weeks, 10 months. Time does not erase the pain.”
Not a hint of what had happened to his son has cropped up in all of this time, Urciuoli said. He urged those in attendance to keep talking to their families and friends about the case. “Someone knows something out there,” he said. Sister Lisa Wilms said she knew that it was “foul play” that led to her brother’s disappearance. “I just know it in my heart,” she said.
Anyone with information about the disappearance of Anthony Urciuoli Jr. is asked to contact the Town of Poughkeepsie police at 845-485-3666.